Virtually Connected Yet Digitally Distracted
May 13, 2016by Mark Craemer 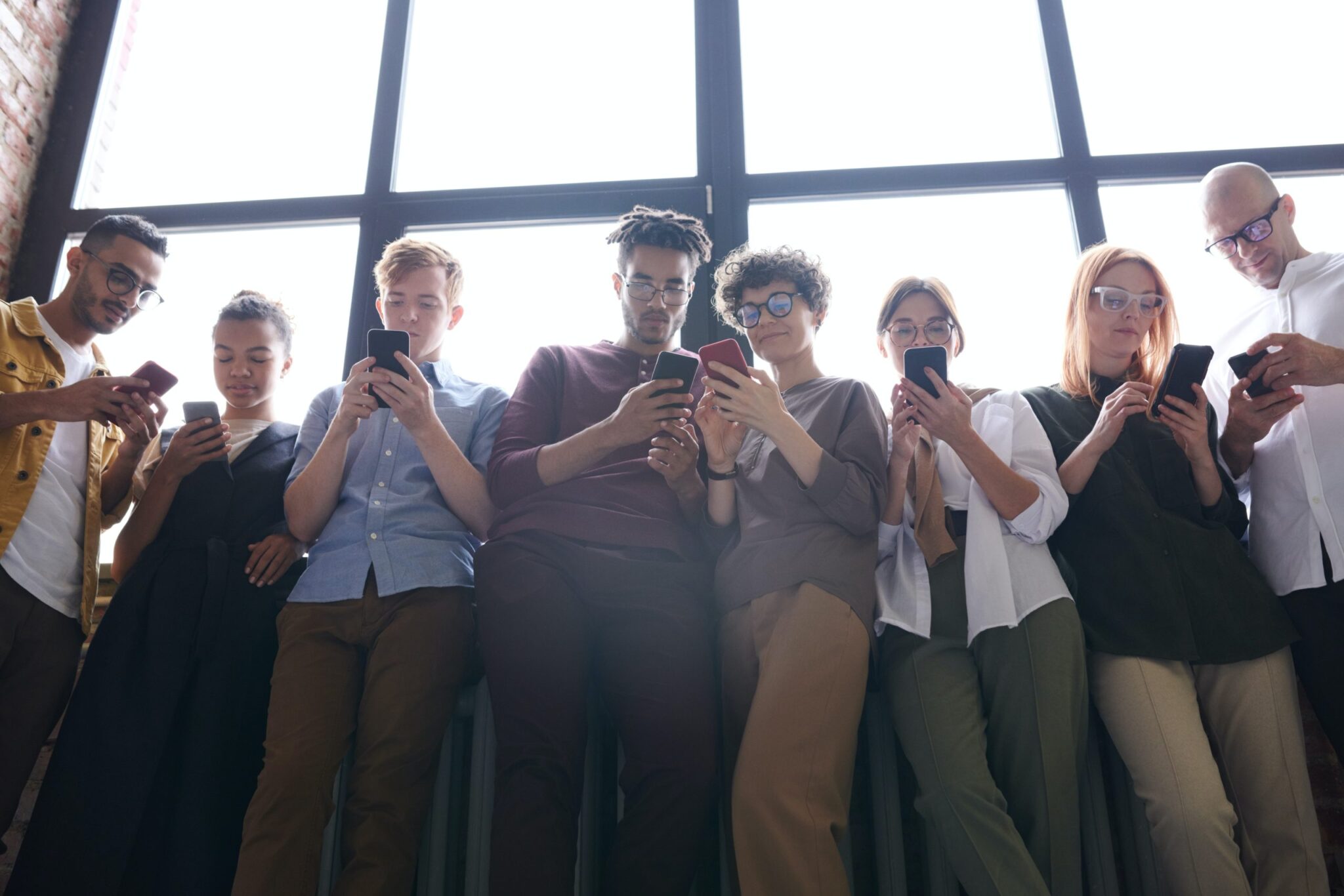 Our reliance on smartphones not only enables us to connect with each other at any time and any place, it has also changed the nature of our connections in a profound way. Because we have a phone that connects us to our families, friends, bosses, co-workers, acquaintances, and just about everything else, it has almost become an extension of our bodies.

I remember I used to get so upset while waiting in line for something because when I finally got to the front, the clerk took a phone call and provided immediate service to that person instead of me. Once alerted to this, everyone began calling while they were waiting in line.

Today, two people can be having a very serious conversation, yet when someone’s phone beeps with a text or other alert, the conversation is interrupted (whether or not someone looks) and no longer are the two fully engaged. Our connections are no longer as in-depth because research has shown that even having a phone within sight keeps people from venturing as deep. Knowing that at any moment what you say can be interrupted, keeps you from making yourself vulnerable.

According to Sherry Turkle, author of the new book Reclaiming Conversation: The Power of Talk in a Digital Age, this age of technological innovation enables us to always communicate, yet we sacrifice conversation for mere connection. We have become distracted so much that we can’t be with others without turning to our phones. Research found that each of us look at our phones on average every 6.5 minutes. I suspect it’s an even lower number with younger people.

Rather than be fully present with the person physically before us, we are choosing to stay loosely connected to those in our wider circle for fear we may miss out on something or not respond quickly enough to their request. Why have we become such slaves to our technology?

“Technology gives us the illusion of companionship without the demands of friendship,” writes Turkle. We choose to connect minimally with lots of people at the expense of losing the ability to connect deeply with someone. And this decrease in real conversation is leading to a serious lack of empathy.

How does this translate to the workplace?

Ben Waber and Alex Pentland from the MIT Media Lab developed a tool called a “sociometric badge” that allows researchers to track employees’ movements as well as a range of measures about their conversations: who they talk to, for how long, on what topic, with what pace of speech, with what tone of voice, and how often they interrupt each other. This badge can analyze intimate aspects of conversation such as body language, interest and excitement, and the amount of influence people have on each other.

This helped quantify what was previously unquantifiable and the results were as follows:

“We think of productivity as . . . sitting in front of the computer and banging out emails, scheduling things; and that’s what makes us productive, but it’s not,” Waber says. What makes you productive is “your interactions with other people—you know, you give them new ideas, you get new ideas from them; and . . . if you even make five people a little bit more productive every day, those conversations are worth it.”

It’s hard to think of a meeting where people aren’t looking at their phones at the expense of conversation and paying attention. We have all accepted this practice because it is a sign of multitasking, which is still widely viewed as a good thing. I suspect there will be a renaissance of unitasking in the same way that mindfulness is gaining momentum. You can’t multitask and be mindful.

Perhaps our current fascination with smartphones is due to their still being relatively new and one day we will see them simply as the tools that they are meant to be. The phone will then be put back in our pocket or purse until we see the need to access it when we are good and ready for it. And while smartwatches and other wearables are on the market to further distract us, I hope we don’t forget that in the end it is the individuals in our lives who matter most. And fully connecting with each of them is much more meaningful than virtually connecting with many others.