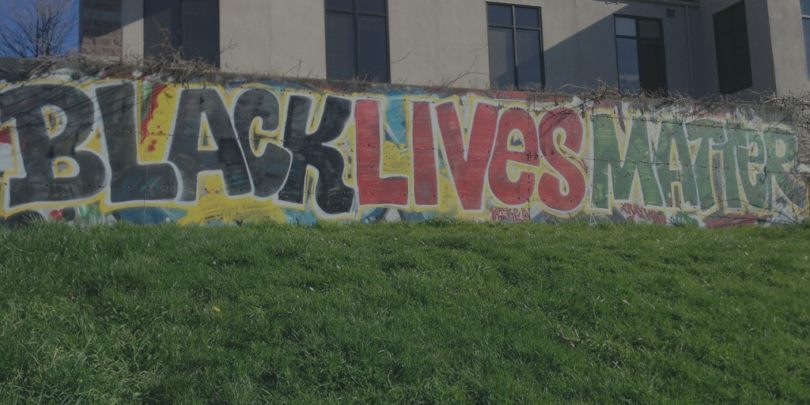 As a middle-aged straight white man, I recognize the privileges I have simply due to my gender, sexual orientation and light pigment of my skin. I grew up in racially mixed suburbs of Chicago in a loving family where I learned the importance of hard work, self-reliance and compassion for others.

I’ve struggled with many challenges throughout my life, yet they pale in comparison to what I would have had to deal with were I not so privileged. I acknowledge my good fortune and recognize that I should do more for those who are not so fortunate. I love my country and believe we have a right and duty to speak out and to protest when our country is not living up to the ideals it was founded upon. All men (and women) are created equal and entitled to life, liberty and the pursuit of happiness. Speaking out should not be left to those not so privileged.

Dr. Martin Luther King, Jr. was shot and killed on my 10th birthday, and 1968 was one of great turmoil in our country with some similarities to what we’re experiencing now. While segregation officially ended, racism and poverty continued to make life difficult for many Black people. Back then there were large-scale peaceful protests regarding racial injustice as well as against the war in Vietnam, which was diverting necessary funds away from the President’s Great Society programs. We also had rioting in the streets.

It was an election year and President Lyndon Johnson surprisingly decided not to seek re-election on March 31. King was assassinated four days later. Bobby Kennedy ran for the Democratic nomination and was shot and killed in June. Later that summer, the Democratic National Convention held in Chicago resulted in Hubert Humphrey, Vice President at the time, winning the nomination even though he had avoided primaries during the campaign. The following November, the former Vice President for Dwight Eisenhower running on a platform of “law and order” was elected President. His name was Richard Nixon. His election represented the beginning of mass incarceration of a disproportionate number of Black men and the rise of the prison-industrial complex. If you haven’t already discovered it, I highly recommend you watch the powerful documentary 13th currently streaming on Netflix.

In 2002 my mother informed me of a rising star in the Democratic party who represented the 13th district in the Illinois Senate. He had a funny name, and she felt great kinship with his message. His name was Barack Obama and he went on to become our nation’s first black President in 2008.

Some people claim that as a result of electing a Black person President we now live in a post-racial society and that there’s no longer need for Affirmative Action. Many of these same people say they don’t see color when it comes to race. This inability to acknowledge that they do indeed see color is both a privilege as well as delusional. In fact, race and gender are the very first characteristics we all take note of when we see someone for the first time.

Dr Osagie Obasogie, author of Blinded by Sight: Seeing Race Through the Eyes of the Blind, found that even people who never had sight still use visual representations of people—including perceived racial or ethnic identity—as a major indicator for how they interact with them. His research determined that race and racism aren’t about what you see, but what you perceive and how you’re told to behave.

As we all know, white babies don’t come out of the womb with racist attitudes toward people of color. They are taught to behave this way. It is a choice to believe that one race is superior to another and there is a certain irony in the fact that citizens in Germany are currently protesting the racial injustice here in the United States of America. It appears Germans are able to learn from history, so why can’t we Americans?

Though we weren’t struggling with a pandemic in 1968, we did have a downturn in the economy, social unrest, racial injustice and incompetent leadership in government. Let’s hope this November we are able to elect another former Vice President, who will provide the healing and progress on racial reforms this country so desperately needs right now.