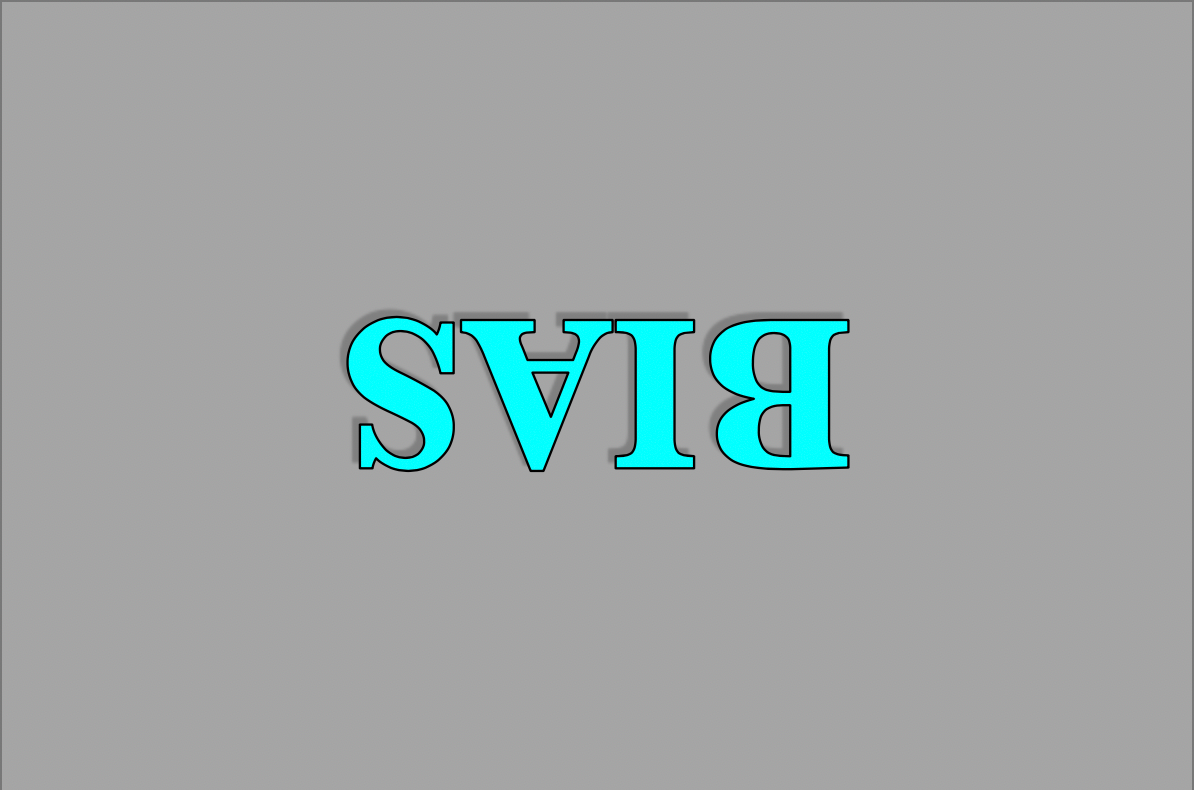 Back when I was studying journalism in college, we were instructed to strive for objectivity. Our professors made it clear that because we are human and have unique perspectives, we were always going to skew a story in a particular direction. Regardless, the goal was to be unbiased.

The Fourth Estate had a lot more respect in those days.

Today, of course, journalism is no longer expected to be without an agenda. Opinion has somehow replaced fact as sacrosanct. In the age of the Internet and social media in particular, we can all choose to have our information (or infotainment) skewed just the way we like it to further reinforce our perspectives rather than challenge and expand them.

This limits our ability to find creative solutions to problems, work together cooperatively, and to make progress in business, politics and our communities.

Bias exists all around us otherwise we would see just as many women and people of color in leadership positions in business and politics. We also wouldn’t see such a disproportionate number of Black men detained, incarcerated and killed.

Two significant events regarding women occurred this week: 1) April 14, 2015 marked Equal Pay Day, or the date symbolizing how far into the new year the average American woman would have to work to earn what the average American man did in the previous year; 2) Hillary Clinton declared herself to be a candidate for President of the United States of America.

In a recent survey by Pew Research Center on “Women and Leadership,” some 80% of men and women said neither men nor women have leadership styles that make them more successful in business. In fact, about a third of adults (31%) said top female executives may be more honest and ethical than male executives.

Nevertheless, few women reach the top. Just twenty years ago no female CEOs ran Fortune 500 companies; today, 26 or 5% are run by women. In corporate boardrooms, things are a bit better as women represented just 10% of board members in 1995 and today about 17%.

Pew’s survey found respondents say they believe male executives are better than women at assuming risk, yet women are better at compromise. According to the study, men and women may believe female leaders are just as qualified as their male peers, but certain stigmas persist. Even in 2014, some 50% of women and 35% of men agree that many businesses aren’t ready to hire women for top executive positions.

The survey also revealed that 38% of all adults say they hope the U.S. will elect a female president in their lifetime, and 57% say it doesn’t matter to them.

The unending reports of African American men and boys fatally shot by police officers since the tragic event in Ferguson, Missouri last year is a reminder that we as a nation are still facing racism in law enforcement. And this week while visiting our nation’s capitol, I was constantly reminded of how slavery is a continual backdrop to our country’s history, and something we have yet to come to terms with.

Though we live in a land of so-called equal opportunity where anyone can grow up to lead a company or become commander in chief, the reality is very different. Our bias is unconscious and it is ever present. Facing this and owning up to it is necessary before we can overcome it.

In a new book by Howard J. Ross called Everyday Bias: Identifying and Navigating Unconscious Judgments in Our Daily Lives, the author provides a formula for how to disengage from bias.

Whether in business, politics or in our communities, it is up to each of us to admit that we are biased. It is not something we can escape from, but only something we can acknowledge and continually be aware of. This means questioning our perspectives and recognizing that the way we see things may not be as objective as we’d like to believe it is.