Leadership and the To-Don’t List
May 9, 2018by Mark Craemer 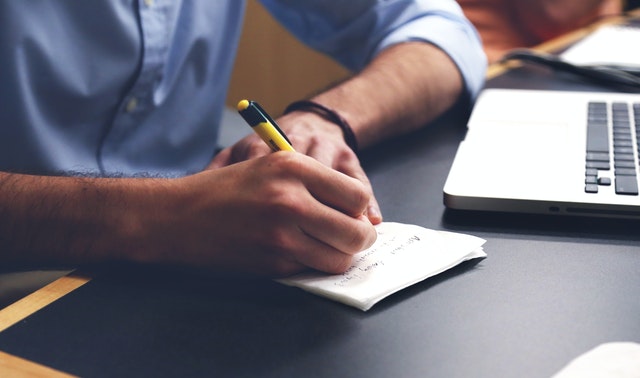 At some point in our careers we have to face the fact that it may not be our lack of skills, experience or overall accomplishments, but specific behaviors that may prevent us from getting promoted to a higher position.

What often defines those who are able to rise to the ranks of leadership is the self-awareness to recognize how certain behaviors are holding them back and the courage to do something about them. Though these behaviors may have helped you get to where you are, they may be the very things holding you back from going further.

It’s not so much what you do, but what you need to stop doing, according to leadership coach and author Marshall Goldsmith.

As a leadership coach, I work with those in—or hoping to reach—leadership positions, and most often it is not a lack of business or technical skills, but certain behaviors that are holding them back. And often it is not so much things they aren’t doing, but things they need to stop doing.

The great management consultant and author Peter Drucker said: We spend a lot of time teaching leaders what to do. We don’t spend nearly enough time teaching them what to stop.

In every performance review, employees should learn what they are seen as doing well and should continue doing; what they are not yet doing and should begin doing; and finally what they are doing, but should stop doing. For whatever reason, this last one often gets left off unless the behaviors are especially egregious.

This gets us to the To Don’t list. Unlike the To-Do list, the To Don’t list should include behaviors you need to stop doing as they are undermining your performance and your ability to grow in your leadership potential. This list should certainly contain items brought up in your performance review because they are the most obvious to your supervisor. But they may not be as obvious to your supervisor or called out in a way that can be helpful to you.

One way to compile this To Don’t list would be to review feedback from performance reviews, 360 assessments, and other ways you have been evaluated. Look for themes and consider not simply dismissing those items that you don’t consider important to change.

Take for example sarcasm. This is a trait that can come across to many as funny and perhaps lighten the mood in certain situations. Sarcasm is actually a passive-aggressive form of communication that can undermine trust. If your identity is associated with sarcasm, you might consider how this may undermine your ability to be seen as a leader.

Though you may claim that sarcasm or another behavior is just who you are and can’t be that bad if it’s gotten you this far. Consider that certain traits that may not have been a problem in getting to this point are actually preventing you from rising higher because leadership has different demands and requires different behaviors.

This can be things like speaking instead of listening, commanding instead of inspiring, making excuses instead of owning up, or clinging to the past rather than letting go that prevent would-be leaders from rising to the C-suite.

It’s worth taking the time to make your To Don’t list and treat it as importantly as you do your To Do list. First identify and write down those behaviors you wish to change. Then focus on changing them. And in the same way you are more likely succeed with your exercise or diet, enlist others to provide encouragement, support and hold you accountable.