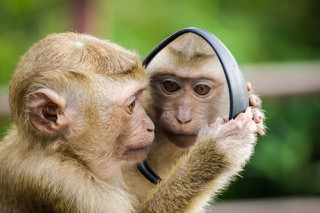 In my work as a leadership coach, I find that clients who make the most progress reaching their full potential are those who are able to acknowledge their weaknesses, and are secure in accepting the help to overcome them. This requires humility, and growing one’s humility leads to greater leadership.

The word humility is often defined as low self-esteem, self-degradation and meekness. When adults are asked to recount an experience of humility, they will often tell a story about a time when they were publicly humiliated. The word is weighted in weakness and negativity.

Humility is ultimately about being honest: Seeing and accepting yourself for who you really are and projecting that outward. This means obtaining an accurate understanding of your own strengths and weaknesses as well as the courage and tenacity to continue to grow. Know thyself and keep a beginner’s mind.

Humility is not about self-abasement or devaluing your own worth. In fact, to be genuinely humble requires enormous self-respect, according to Bob Burg and John David Mann in their book The Go-Giver Leader: A Little Story About What Matters Most in Business. “Self-respect is where every other kind of respect comes from. Respect from others is a reflection, not the source.”

If you want respect from others, you must first respect yourself. Trust won’t come from others until you fully trust yourself. This is an important point as you cannot seek something from others that you don’t already feel on your own. As the authors point out: You can’t ask the moon to make the sun shine.

“People with humility do not think less of themselves; they just think about themselves less,” writes Ken Blanchard in his book The One Minute Manager. Humility is the very opposite of narcissism, hubris and other forms of pride.

Yet far too often, being humble—like being vulnerable—is absent from most descriptions of what makes a great leader. And you won’t find humility taught in business schools.

As I wrote in an earlier post, humility in leadership requires listening well, admitting mistakes and promoting others. In this selfie-obsessed, social media-focused time we find ourselves, it certainly seems to run counter to cultural norms. And perhaps that is exactly why we need it so desperately in our leaders.

Increasing one’s humility is a challenging process. George Washington struggled his entire life to become and stay humble. As a young man, his ego was enormous and his ambition outstripped his many accomplishments. Yet he remained vigilant in his quest for this virtue.

How can you spot a leader who is not so humble? He or she is very likely intellectually arrogant and claims to have all the answers, and may even be threatened by new information that runs counter to what they already believe.

Researchers Bradley Owens and David Hekman studied humble leadership in every area from the military to manufacturing to ministry. They concluded that the hallmark of a humble leader is his or her willingness to admit their own limitations and mistakes.

As Owens and Hekman wrote in Academy of Management Journal, “Our findings suggest that humility appears to embolden individuals to aspire to their highest potential and enables them to make the incremental improvements necessary to progress toward that potential.”

It should come as little surprise then that humble leaders of organizations have less employee turnover, higher employee satisfaction, and better overall company performance.

Humility is what pushes us to become our best selves. And that is important in your growth as a leader.