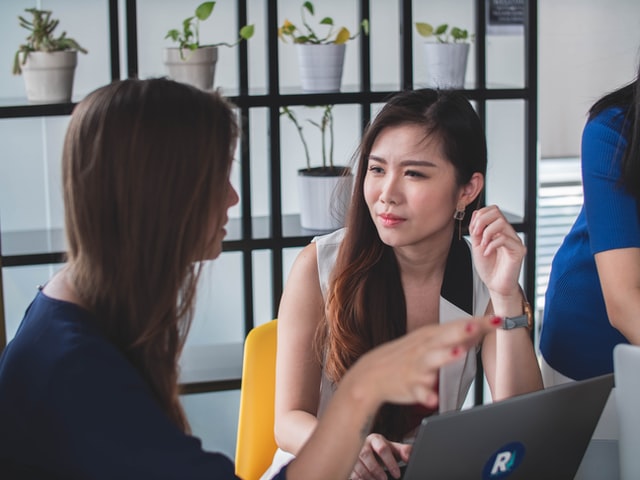 In my work as an executive coach, one of the most common goals my clients choose to work on is to become a better communicator. This is usually not about public speaking, presentations or even writing better emails. It’s about learning to actively listen, interacting back-and-forth and understanding it’s not about what you say, but what others hear.

Ironically, the plethora of tools created to help us communicate has not increased effective communication. In fact, I would argue it has gotten much worse. Look no further than the negative impacts of social media.

Effective communication requires back and forth exchange, otherwise it’s just talking at people. Sending and receiving messages requires active participation on both sides to enable accurate understanding. This is especially important in the workplace to ensure the results management wants is what employees can deliver.

“We have been working at communications downward from management to the employees, from the superior to the subordinate,” writes management consultant and author Peter Drucker in his book The Effective Executive: The Definitive Guide to Getting the Right Things Done. “But communications are practically impossible if they are based on the downward relationship. The harder the superior tries to say something to his subordinate, the more likely is it that the subordinate will mis-hear. He will hear what he expects to hear rather than what is being said.”

This back and forth is all too often missing and leads to managers upset when they repeatedly tell their direct reports what they want, yet the employee fails to deliver. Perhaps it’s less about telling and more about asking.

In a previous post, I wrote about the importance of doing the right things rather than simply doing things right. When those on the front lines (closest to the problem or opportunity) are consulted on what’s the right thing to do, leaders are likely to make better decisions. This involves two-way communication that balances listening with speaking.

“In every area of effectiveness within an organization, one feeds the opportunities and starves the problems,” writes Drucker. “Nowhere is this more important than in respect to people. The effective executive looks upon people including himself as an opportunity.”

George Bernard Shaw once said: “The single biggest problem in communication is the illusion that it has taken place.” Ensure that your communication includes active listening, back-and-forth interaction, and that what you say is what they hear. Then it won’t be an illusion.