With any crisis comes opportunity. The crisis of COVID-19 provides the opportunity to take what we’ve learned and make appropriate changes to build back a better workplace. A way to do this is by becoming more focused on tasks, strengthening our work relationships, and embracing a work ethic based on results.

Companies—large and small—around the world were challenged during the past 16 months in order to stay afloat. Many, especially in retail and hospitality, were unable to make it and had to shut down either temporarily or for good. Others were able to utilize technology and many were able to work remotely alongside children, who were learning remotely.

Regardless, while productivity may have been relatively stable for many of these companies, in the long run, we’ll need to find a way to come together again in the same physical space—at least occasionally. That’s because things like creativity, innovation and a sense of belonging are vital and more likely to occur when we are together in the same room.

The workplace may have been forever changed by this pandemic. In many industries, it may no longer be necessary to come into the office every day. Employers may therefore require less office space while employees may need a home office. Once children are back in school again, parents may be much more effective working from home than when they were sharing space and bandwidth with others.

When we do return to the same physical space, it will be important to incorporate the good that came from those who were able to work effectively from home. Here are some things to consider.

Focus on task at hand

One of the first things employers discovered was that many employees actually became more productive while working from home. Though the initial transition may have been challenging to some, others were able to find focus without the disruption that can be so rampant in the office. It may have taken awhile before back-to-back meetings and continual interruptions interrupted our workday again. Though family members, pets and other interruptions may have replaced them, many may have found a way to better focus such as:

When we become slaves to our technologies rather than simply treat them as tools, we became more disengaged from each other. No matter what social media companies say, when you choose to spend time interacting with a screen instead of a person, you are creating distance. When you can safely return to the office, do what you can to strengthen your real time relationships with co-workers.

In many cases remote work meant managers could no longer micro-manage their workers. Overly oppressive bosses needed to let go of controlling how the work got done. While this could have been taken advantage of, many workers demonstrated just how effective they were in completing the work while unencumbered by an overly watchful eye. Results Only Work Ethic (ROWE) is all about what you deliver and not necessarily how or where you do it. To maintain agency over how and when you do the work, keep in mind the following:

Going back to the office can be a source of renewed engagement. It can bring about changes that enhance your experience. See if you can adapt how you show up so you contribute to building back a better place to work. 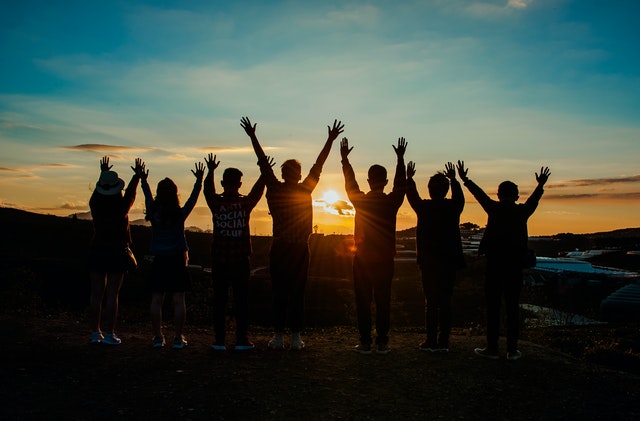 In this age of constant distraction and limited face-to-face time, I decided to drop some of what I call “anti-social” media and join real-time groups to help restore a sense of community. I suspect this lost sense of community has contributed to many of us no longer fully engaging with others in real conversations and the opportunity for civil discourse.

Though I was not directly responsible for Facebook’s $120 billion loss in shareholder wealth last week, I did stop using the social media platform as part of my plan to disengage from such distractions and engage in more meaningful activities. (To those of you who followed me on Facebook, I hope you will continue to do so on LinkedIn or Twitter.)

When I witness a group of teenagers hanging out with each other while staring at their cell phones, I can’t help but think that they are missing out on important opportunities for meaningful and deeper connections. How will they establish real intimacy? Where will they learn to demonstrate empathy for others when their feelings and concerns are concealed with and misinterpreted by abbreviated text and emojis?

Perhaps I sound like a curmudgeon, but when an extremely useful tool such as a cellphone becomes a barrier to truly connecting with others, it is no longer a tool but a crutch.

“Our civilization, like every civilization, is a conversation,” writes author Jonah Goldberg in Suicide of the West. “Therefore the demise of our civilization is only inevitable if the people saying and arguing the right things stop talking.”

And David Brooks of The New York Times has written in a number of columns that “social fragmentation and social isolation are the fundamental problems afflicting America today.”

For me, I’ve chosen to monitor the number of times I check my cellphone and extract myself from meaningless and mindless activities in order to make room for more meaningful ones. In the past year, I joined two different groups and they’ve provided more meaning to my life. Though I didn’t join them with this specific purpose in mind, they have helped me engage in rebuilding a sense of community.

The first community I joined is called Round Table and it’s a group of about 50 business people who meet for breakfast every Thursday morning at 7 am in order to support and learn together. Each week a different member or his or her guest presents a topic that would be of interest to the group. This could be about a company, a product or service, or—what has become increasingly popular and beneficial to all—an update on their personal lives along with lessons learned.

Many members have been meeting for more than twenty years and continue doing so because it provides them with something they can get nowhere else in their lives. One long time member refers to it as his “church” because he finds spiritual fulfillment from the regular discipline.

When I first joined Round Table last year, I expected it be primarily for networking and participation would be beneficial to expanding my business. However, I now also see it as a support system that truly feeds my soul in a way that has been missing in my life. It is so much more than social or business interaction; it is sharing and learning in a supportive community.

The second community I joined is an organization called Better Angels. It was formed in 2016 after the presidential election that made it clear “we’re becoming two Americas, each angry with the other, and neither trusting the other’s basic humanity and good intentions.”

Better Angels is a bipartisan citizen’s movement that was created to help unify our divided nation. By bringing red and blue Americans together into a working alliance, they are helping to forge new ways to talk to one another, participate together in public life, and influence the direction of the nation.

Earlier this month I attended a “Red/Blue Workshop” as an observer where seven conservative-leaning and seven progressive-leaning people participated in moderated activities and discussions that clarify disagreements, reduce stereotyped thinking, and begin building the relationships needed to find common ground. It was fascinating and encouraging to watch participants learn to fully listen and respectfully engage in civil discussions with those they oppose politically.

In sum, Better Angels aims to help Americans learn to engage in respectful real-time, face-to-face conversation in order to connect on what unites rather than divides us. This will hopefully serve as a counter measure to what is often the opposite in social media. And Russia will have a tougher time interfering.

I’m currently in the process of becoming a facilitator for Better Angels in order to deepen my engagement and encourage my fellow citizens to participate more fully in civil discourse.

These two groups—Round Table and Better Angels—are helping me to feel more engaged in a way that stretches beyond friendships and family. These groups are rebuilding the sense of community that I feel is missing not only in me, but also in American society. I am finding fellowship and this is rewarding because I believe I am engaging in a way that demands more of me and delivers more to me.

Rebuilding this sense of community may be the antidote we need for our distracted attention and lack of civil discourse. 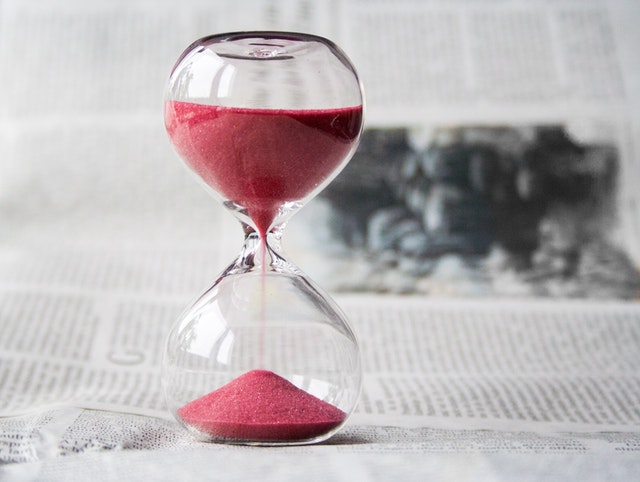 There’s not enough time. Right? We’re all too busy in our personal and professional lives to squeeze in everything to make us feel happy and successful.

But what is sucking away our precious time and how much control do we actually have over it? Turns out the answers are: 1) distractions and 2) a lot.

I’ve been thinking a great deal about how to better maximize my time in order to accomplish more, reduce my stress, and increase my overall satisfaction in life. In this pursuit, I’ve read a couple of new books that help address this.

McKeown suggests the way of the essentialist requires doing less and doing it better, so you can make the highest possible contribution in your personal and professional life.

In Deep Work: Rules for Focused Success in a Distracted World, Cal Newport describes deep work as the ability to focus without distraction on a cognitively demanding task. It’s a skill that enables you to quickly master complicated information and produce better results in less time. Newport doesn’t argue that distraction is necessarily bad; instead he wants us to honor the massive benefits of focused attention.

This deep work, according to Newport, requires following four rules:

Now as a blogger who actively promotes this post via social media, I cannot justify fully quitting social media. However, I can choose to regulate how and when I interact with this tool. Simply calling social media a tool provides an important clarification regarding its overall value to me.

As an independent consultant, I should have the ability to take control over my time. But I also want to be responsive to my clients’ needs, react to new client requests, and be able to shift my schedule in order to accommodate shifts by others. On the personal side, like many of you, I have the usual demands and desires with regards to my family and friends that often run counter to my efforts to control my time.

Nevertheless, managing my time is entirely up to me and I can be successful if I choose to be intentional and disciplined. I suspect whether you work for yourself or someone else, you also have this opportunity to a large extent.

For me, managing my time effectively requires:

The older I get the more precious time becomes. I want to make the most of it and therefore I choose to be more intentional and disciplined about my time. I hope you can too.