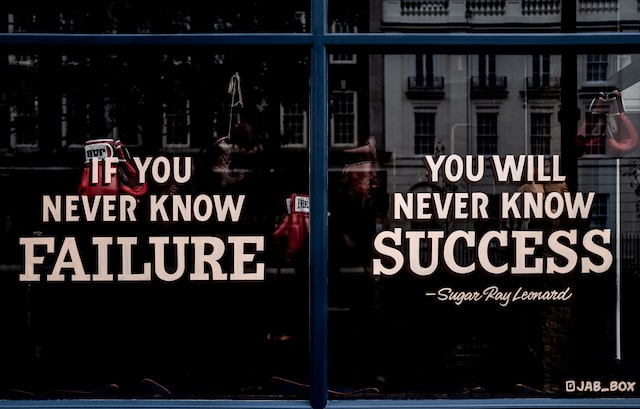 The road to success is paved with failure. You cannot succeed if you don’t fail along the way and are able to learn from those setbacks. The fact is no one succeeds unless they first embrace failure, learn from it, and try again and again.

Looking back over my career, I recall failures big and small that undermined my confidence and stalled my ability to get a job and get promoted more quickly. Some of these failures I blamed on other people, some I attributed to circumstances beyond my control. Ultimately, I failed to accept my responsibility for what happened and what I could do differently next time by learning from the experience.

“I’ve missed more than 9000 shots in my career,” said Michael Jordan. “I’ve lost almost 300 games. Twenty-six times, I’ve been trusted to take the game winning shot and missed. I’ve failed over and over and over again in my life. And that is why I succeed.”

Choose any successful person—no matter the field—and I suspect they can recount a series of obstacles that they needed to overcome before they reached their goals. Here are a few famous failures.

Failure is not the opposite of success, but an essential step towards it. Embrace your failure as it provides the vital information necessary for learning to succeed. The sooner you accept this, the sooner you reach success.