The Importance of Strong Working Relationships
November 30, 2020by Mark Craemer 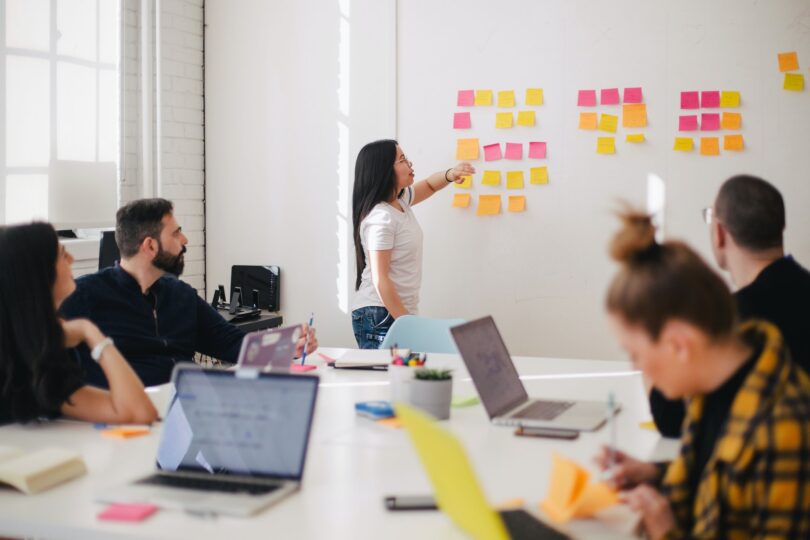 [The following is an excerpt from my new book Emotional Intelligence in the Workplace, which is now available at Amazon and wherever you buy books.]

Today’s technology enables you to meet face-to-face far less often. However, this can actually make it harder for you to communicate in an effective manner. Connecting virtually—even through video conferencing—means you are missing essential elements of truly effective communication. That’s because it can be difficult to pick up nonverbal clues in body language, such as posture, micro-expressions, and eye movement. It’s also more challenging to establish rapport and build trust when you are not in the same physical space.

When you are in the same room, you should therefore make the most of these opportunities because it will pay off when you are not. Investing time to intentionally get to know others and allow them to get to know you will strengthen your relationships at work in the same way it does in your personal life. In addition to building rapport and trust, you’ll also be better prepared to communicate, collaborate, manage conflict, and influence others. All of these components of emotional intelligence enable you to strengthen your work relationships.

CEOs from a variety of industries understand the benefits of building strong relationships in business. Take for example:

The importance of strengthening work relationships is not only for leaders. It’s important for all of us because the more connected we are to others, the better we all perform, whether we are part of a basketball team or jazz ensemble or work in distribution centers, retail stores, construction sites, law firms, hospitals, consultancies, business offices, or other workplaces. We rarely work in isolation; therefore, it’s paramount to build strong working relationships. Teamwork makes the team work. The more capable you are at working well with others, the better the overall performance from you and the group.

Judy Riege, principal of Connected Leaders based in Calgary, Canada, successfully deployed emotional intelligence training to nearly 200 leaders in a large chemical company in North America. In addition, 15 of the company’s HR professionals were later certified to deliver that same EQ training beyond the leaders, further down in the organization. Because the company is made up primarily of engineers, scientists, and other technical people, Riege says it was especially important for them to see the value of emotional intelligence by tying the brain science directly to the behaviors that play out in the workplace. For example, when they learned how their ability to stay curious was compromised when they were under stress or in conflict, they could better see directly the benefits of emotional intelligence. EQ helped them learn how to stay curious and connected in spite of the stress.

“We need to shift our thinking of the word ‘trust’ as a verb instead of a noun,” says Riege. “Everything we do in relationship influences whether we improve or take away trust. It’s about the connection to curiosity. Trust is an act of grace.” Riege says the best leaders are confident and connected. “You cannot build either in isolation. If you’re not building trust and a network who can tell you when you’re doing well or not, you can’t build confidence. EQ is going to be significantly more important than IQ because of this.”

[A continuation of this discussion will appear in my next blog post.]