The Art & Importance of Small Talk
February 24, 2021by Mark Craemer 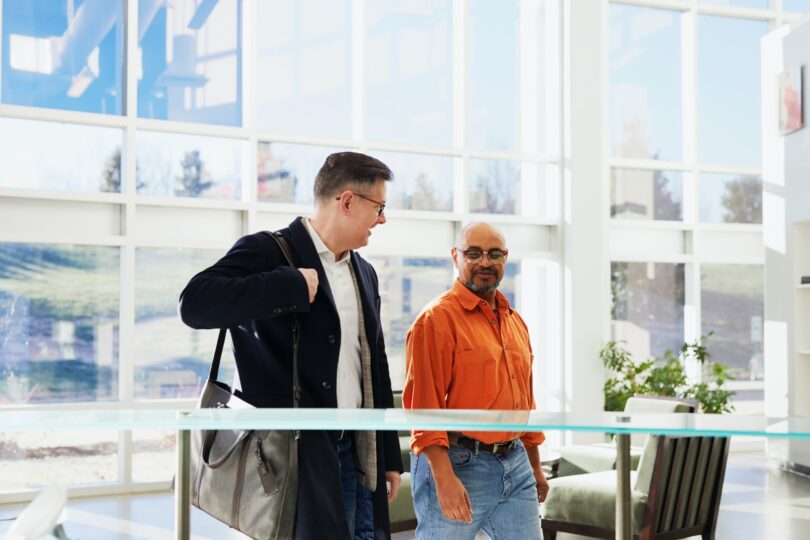 I’ve recently discovered that while many people don’t feel comfortable making small talk, some minimize its importance as a leadership trait. Why bother chatting about insignificant things when more important business matters should be prioritized?

The verbal interaction between two people who just meet is an opportunity to make a connection. It has the potential to expand your network by discovering what you may share and how you may be able to help each other. It’s good to remember that you can learn something from anyone. You just have to open up and discover what that may be.

Perhaps most important of all, small talk enables you to establish rapport and build trust, both of which are essential to being able to influence, motivate, collaborate and lead others.

In fact, the more successfully you use language, the faster you can get ahead in life. This is the finding of Keith Ferrazzi, author of Never Eat Alone. “. . . small talk—the kind that happens between two people who don’t know each other—is the most important talk we do.”

Thomas Harrell, professor of applied psychology at Stanford University Graduate School of Business, years ago conducted a study to identify the traits of their most successful alumni. In this group of MBA students, a decade after graduation, he found that grade point average had no bearing on success. Instead, the one trait that was common among the groups’ most accomplished graduates was “verbal fluency.”

Those who had built businesses and climbed the corporate ladder with amazing speed were those who could confidently make conversation with anyone in any situation. This ability to make small talk enabled them to succeed.

“Mustering the audacity to talk with people who don’t know me often simply comes down to balancing the fear I have of embarrassment against the fear of failure and its repercussions,” says Ferrazzi. “Everyone has something in common every other person, but you won’t find out what these are unless you open up an expose your interests and concerns, allowing others to do likewise.”

And to get comfortable with small talk, you need to lean into it. The more you do it the easier it will become to continue doing it.

There are things you can do to make way for a more receptive interaction. Beyond what you say, it is how you show up with regard to your body language and your ability to listen well. How you are perceived is determined by many things before you even speak. Here are Ferrazzi’s suggestions:

It’s vital to listen well. This cannot be overemphasized, especially in this narcissistic time we’re living in. You will stand out by giving others the gift of your full attention. Discover and practice active listening skills.

In 1936 Dale Carnegie wrote How to Win Friends and Influence People and his simple ideas are as relevant today as they were back then. They include:

Others include showing empathy and repeating the other person’s name when you’re speaking to them. Both enable greater intimacy that builds further connection. All of these play an important role in the art of small talk and the big opportunity found in doing so.