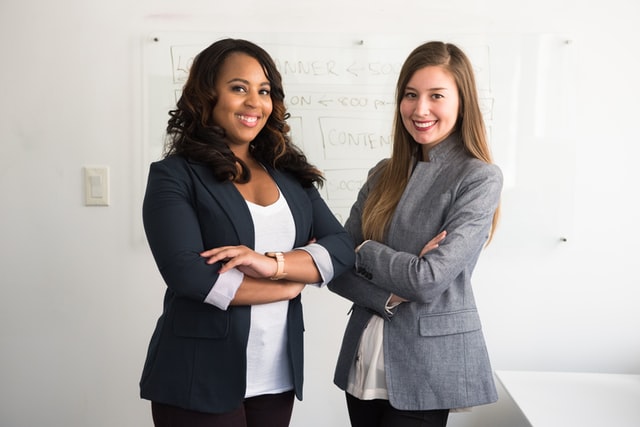 Though some may want to deny it, men and women are judged differently when it comes to obtaining leadership roles in the workplace. This judgment is due to many reasons, but confirmation bias, a preference for promotional skills, and the acceptance of risk-taking and certainty in men but not in women all may play a role. Both men and women need to help change this.

According to the Center of American Progress, although women hold almost 52 percent of all professional-level jobs, they lag substantially behind men when it comes to representation in leadership positions. Consider:

Women have outnumbered men on college campuses in the U.S. since 1988. They earned at least one-third of law degrees since 1980 and accounted for one-third of medical school students by 1990. Yet they have not moved up to positions of prominence and power in America to be commensurate with these statistics.

So why does this inequality persist? Three things to consider:

Confirmation Bias
According to a recent New York Times article titled “Picture a Leader. Is She a Woman?”, researchers found that when adults were asked to draw a picture of a leader, both men and women drew the leader as a man.

Nilanjana Dasgupta, professor of Psychological & Brain Sciences at the University of Massachusetts, found that when we “process information through the lens of stereotype” our interpretation may be “consistent with stereotyped expectations rather than objective reality.” People who are consistently exposed to leaders who fit one profile will be more likely to notice leaders who continually fit that same profile. Dasgupta says this is how the self-reinforcing confirmation bias cycle works.

The more we repeat a false narrative of leadership as more masculine in our workplace, education, media, parenting and daily life, the more this perception persists. It is up to each of us then to recognize when we are promulgating this confirmation bias and resist it.

Promotional Skills
“Managing a team superbly ultimately proves you have great skills as a manager,” says executive coach Carlos Martin. “But building strong outside networks is a promotional skill aimed at getting recognition for the larger organization. So while women are honing their management skills and sending the message that they’re wonderful managers, their male colleagues are busy building promotional skills and sending the message that they’re terrific promoters.”

Those in positions of power often see these promotional skills as more important for the organization as a whole and therefore those exhibiting them are more worthy of a leadership role. We could debate the qualities of management vs. leadership, but it’s clear that those in positions of power need to recognize these management skills as foundational to leadership. And it is equally clear that women need to accept these promotional skills as an important leadership quality, and seek to further develop them.

And a study at the Harvard Business School titled “Who Gets Heard and Why” found that women are more likely than men to downplay their certainty when they speak. Many women adopted this habit, since certainty is often interpreted as arrogance in women.

Women tend to fear getting tagged with this trait with good reason as women perceived as arrogant are often viewed in highly negative terms, whereas arrogance in men is often interpreted with confidence and boldness. Is it possible for us to encourage women to speak with certainty without attaching arrogance to it?

Whether it’s confirmation bias, the preference for promotional skills, or seeing risk-taking and certainty as positives for men alone, we continue to undermine efforts for women to reach parity with men in leadership roles.

My own daughter enters college next fall and plans to major in a male-dominated field of study. My hope is that as she proves herself worthy in obtaining her bachelor’s degree, she will enter the workplace four years from now with equal opportunities for leadership. And that her gender will not diminish her skills and expertise in order to reach her full potential.