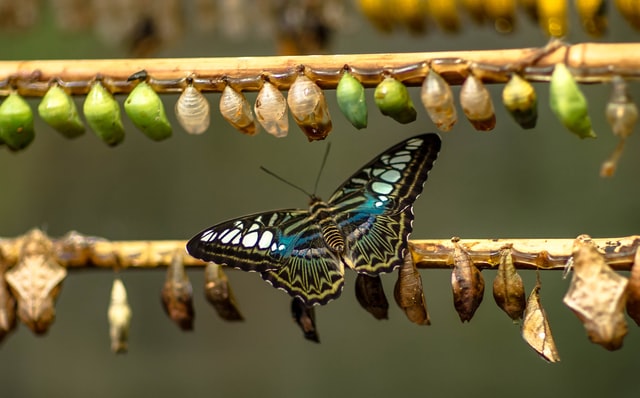 When making the transition from manager to leader, there is usually a need to better understand what needs to shift. That’s why my coaching typically begins with a 360 Feedback process to provide necessary insight to both me and my client. Very often the very behaviors that made you successful in managing may need to be tweaked when it comes to leading.

While working as a manager, among other things, you need to manage tasks and direct the work of people doing these tasks. You create and achieve short term goals, manage risk, and generally work within the organizational structure you find yourself in.

To become a leader, you need to make decisions despite ambiguity, engage in areas outside your area of subject matter expertise, build and sustain collaborative relationships with your peers, create and effectively communicate a long-range strategic vision that can move the organization forward. And you don’t manage other people so much as coach them.

Though some people may be able to shift their behaviors seamlessly, many emerging leaders need to raise their awareness of them, accept that they need to be tweaked, and make sustained action to make new behaviors consistent.

Behavioral change requires first becoming aware of what needs to shift. This can come about only through effective feedback through candid conversations, effective evaluations or a 360 Feedback report. If these aren’t available to you, ask a trusted colleague for honest feedback. Once you have this awareness, you have taken an important step forward.

To successfully change requires an acceptance of this awareness. All too often we dismiss what we discover and say: “well, that’s just who I am and it hasn’t held me back, so I guess I don’t need to change.” This is a mistake as executive coach Marshall Goldsmith so eloquently put it in the very title of his book What Got You Here Won’t Get You There. Small “transactional flaws” performed by you against another can lead to negative impressions that hold you back. While these may not have been a problem up to now, it’s critical that you tweak them to grow into an effective leader.

Finally, it’s all about what you choose to do with this information. Tweaking behaviors may not seem so difficult, but just look at the challenges people face with behaviors such as quitting smoking, losing weight, eating right, or sleeping enough and you can see that it takes a lot of effort and willpower. Taking meaningful action is vital and it requires constant attention.

“Study after study (mine included) has shown that achieving transformative behavior change is more like treating a chronic disease than curing a rash,” writes Katy Milkman in her book How to Change: The science of getting from where you are to where you want to be. “You can’t just slap a little ointment on it and expect it to clear up forever.” She describes obstacles including temptation, forgetfulness, under-confidence, and laziness like symptoms of chronic disease. “They won’t just go away once you’ve started ‘treating’ them. They’re human nature and require constant vigilance.”

To successfully tweak behaviors and grow your leadership capacity means you keep them top of mind in all your interactions. Though an executive coaching engagement may help you become aware, learn to accept and take action on behavioral change, it is up to you to sustain the change. Remain vigilant by shifting your mindset from one and done to more of a lifestyle approach.