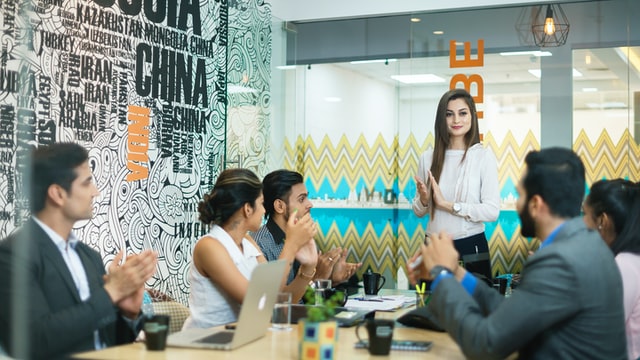 Early in my career I worked for a rapidly growing mid-size company and experienced negative aspects of office politics firsthand. I saw men and women who regularly interrupted others, elbowed their way into interactions with senior leaders, pushed themselves into important discussions, and generally got promoted more quickly than the rest of us.

I convinced myself that I’d rather let my work speak for itself and while these people were playing office politics to get promoted more quickly, I’m better than that. I assumed there could be no integrity in office politics and therefore I wanted nothing to do with it.

According to the Center for Creative Leadership, politically skilled leaders are masters at:

Being politically savvy means you can maintain a positive image while driving your individual, team, and organization’s performance.

In a white paper titled Using Political Skill to Maximize and Leverage Work Relationships, the Center for Creative Leadership identified four distinct practices leaders can use to demonstrate political skill:

Navigating office politics is about being authentic and understanding that there will be ambiguity in work relationships. Both are required to build alliances, which is what provides you with political skills you need to succeed.

It’s vital to manage up well. This is not only about your boss but also other senior leaders who are gatekeepers for your career growth. These are the people who need to see you demonstrating all your political savvy skills.

Rejecting office politics means you won’t rise into senior leadership. Make peace with office politics and recognize that although it may in fact be a game, it’s a game you need to learn to play it well.

Don’t reject office politics because some people don’t play fair. While any game can include unfair players, engaging in office politics and playing with integrity, enables you to grow your leadership and advance your career. Say yes to office politics.