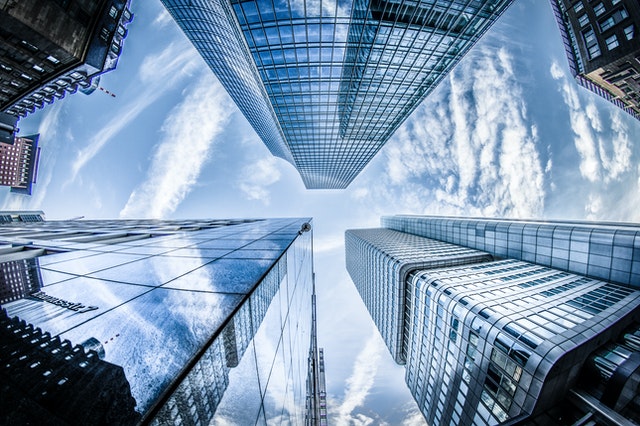 Running a business over the long-term requires looking beyond what’s good for shareholders to see what’s best for all the stakeholders. This requires seeing business not as a finite game of winners and losers, but as an infinite game where you get to choose how to play.

In the past 50 years it seems corporations have become the center of our capitalist society. Many have lobbyists to steer governmental policy decisions and some organizations even take part in helping to write many of the bills in Congress. Large businesses are often viewed as a barometer of our economic health, with their financial returns considered more important than the employees who work for them and the very customers they serve.

And while fewer than 20 percent of Americans invest in stocks, it seems strange to associate the Dow Jones industrial average with the overall health of our economy.

Perhaps our over-reliance on the health of our corporations, including quarterly earnings focused on meeting Wall Street expectations and on over-compensating our CEOs, is not the best way to judge the economy or the state of workers in our society.

“In a free-enterprise, private-property system, a corporate executive is an employee of the owners of the business,” wrote Nobel Prize-winning economist Milton Friedman in 1970. “He has direct responsibility to his employers. That responsibility is to conduct the business in accordance with their desires, which generally will be to make as much money as possible while conforming to the basic rules of the society, both those embodied in law and those embodied in ethical custom.”

One wonders if maybe we’ve focused too much on Friedman’s notion of “make as much money as possible” and not nearly enough on the rules “embodied in law and those embodied in ethical custom.” Too often there seems to be more emphasis on skirting the laws or finding ways to circumvent them—not to mention little if any focus on ethical considerations.

In Simon Sinek’s latest book, The Infinite Game, he suggests we need to replace Friedman’s definition with one that goes beyond profit and considers the dynamism and additional facets that make business work.

“The responsibility of business is to use its will and resources to advance a cause greater than itself, protect the people and places in which it operates and generate more resources so that it can continue doing all those things for as long as possible,” writes Sinek. “An organization can do whatever it likes to build its business so long as it is responsible for the consequences of its actions.”

He suggests that to increase the infinite value to our nation, economy and all companies, the responsibility of businesses must be to: 1) advance a purpose, 2) protect people, and 3) generate a profit. Sinek’s order of these is deliberate and important.

Advancing a purpose is about offering people a sense of belonging and the feeling that their lives and work have value beyond the work itself. In protecting people, companies should operate in a way that protects the people who work for it and buy from it, as well as the environment in which they live and work. And though money is the fuel for a business to remain viable, it should be used to continue to advance the first two priorities.

In this infinite mindset, Sinek sees a longer-term focus beyond merely making money. It is a perspective that enables companies to remain viable because it focuses on its employees and customers—the result of which is making a profit. The object of the infinite game is not to win, but to continue playing. When you run a business, you don’t win; you continue to play.

Sinek points to companies like Apple, Patagonia and Four Seasons as examples of companies that have embraced this infinite game mindset. So are other companies once they brought in a new leadership perspective, e.g., Ford under Alan Mulally and Microsoft under Satya Nadella.

This longer-term infinite game focus provides an environment beyond profit, and actually extends closer to Friedman’s notion of capitalism. A renewed focus on conforming to basic rules of society—both laws and ethical customs—may ultimately yield an economic model that serves not only CEOs and shareholders, but also workers, customers and the environment.

Perhaps this would be capitalism at its finest and make it more viable in the long term. And if capitalism truly benefited all stakeholders, maybe socialism wouldn’t be gaining traction by so many younger people as a viable alternative in this country.