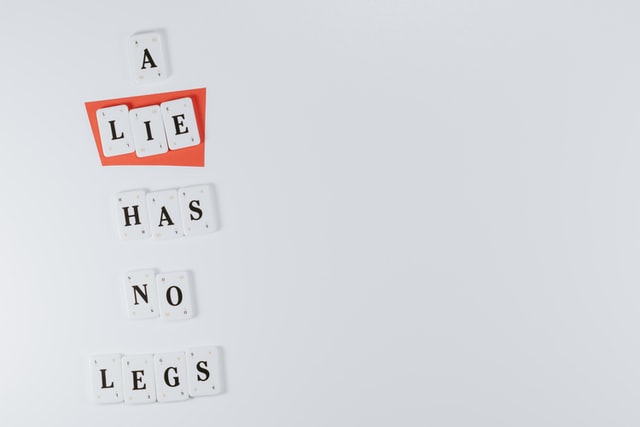 Leaders who lie do not deserve our allegiance. The only reason they are able to rise and then remain in leadership positions is because those who follow them refuse to hold them accountable. And this lack of accountability undermines the overall effectiveness of the very people and the organization they serve.

Untruths. False statements. Stretching the truth. Misspeaking. Not entirely correct. Alternative facts. Why does the news media so frequently use euphemisms for the lies leaders tell? A lie by any other name is still a lie.

Despite the efforts of expensive marketing campaigns, public relations specialists, spin doctors, and dishonest spokespeople, we need to resist the temptation to simply accept the lies for anything other than what they are: a conscious and deliberate effort to deceive.

When we refuse to hold our leaders accountable for their lies, we deserve what we get.

Arizona Republican Senator Jeff Flake recently announced that he would not seek re-election in 2018 declaring that he “will no longer be complicit or silent” in the face of the President’s “reckless, outrageous and undignified” behavior.  In his speech, Flake stated that Mr. Trump among other things has “flagrant disregard for truth and decency.”

The GOP largely shrugged at this announcement as well as statements by outgoing Republican Senator Bob Corker of Tennessee, who accused Trump of serial lying and debasing the office of the presidency among other things.

The President of the United States of American currently tells five lies on average every single day. The tally is more 1,300 to this point in his term. And perhaps he is able to get away with it because he tells his followers what they want to hear: comforting lies rather than unpleasant truths.

False statements that are deliberately intended to deceive are lies, regardless of how often Sarah Huckabee Sanders serves up spin by saying “What the President meant by . . . “

“Trust is a function of two things: character and competence,” writes Stephen M. R. Covey in The Speed of Trust. “Character includes your integrity, your motive, your intent with people. Competence includes your capabilities, your skills, your results, your track record. And both are vital.”

When we can’t trust our leaders it is due to their character and/or competence. And these two things are vital for us to be motivated to follow them.

Remaining silent or apathetic to lying leaders means they will continue to thrive. Holding them accountable will keep them from rising to or remaining in power. It’s entirely up to us.

Whether they lead an organization or a country, their effectiveness is undermined when they cannot be trusted. Those who are unwilling or unable to be honest with us deserve neither our respect nor loyalty.  Let’s not allow liars to be acceptable in leadership positions.