Getting Along to Get Things Done
November 8, 2012by Mark Craemer 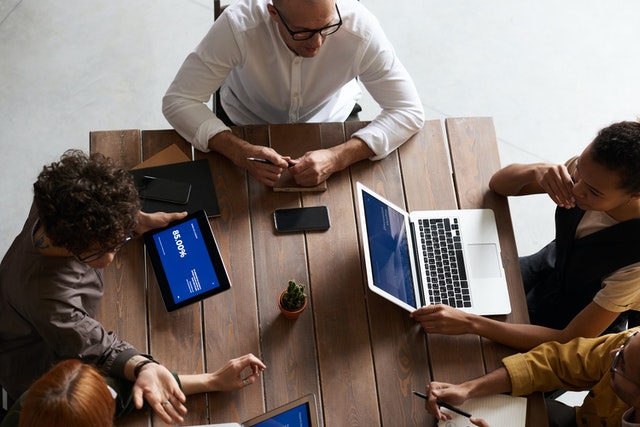 The election is over and it is time for our elected officials to get to work. The American people have spoken so our leaders can stop campaigning and start governing. And governing means doing what we elected them to do, which is to get things done.

Our politicians need to follow the lead of President Obama and New Jersey Republican Governor Chris Christie who recently overcame ideological differences to work cooperatively and deal effectively with the devastation of Hurricane Sandy. The so-called looming “fiscal cliff” now has the same immediacy and perhaps greater severity to more people’s lives.

Living in this especially contentious time, we as a people seem unable to have a meaningful and respectful dialogue in order to better understand each other’s position.

In their book You’re Not as Crazy as I Thought, But You’re Still Wrong by Phil Neisser and Jacob Hess, the authors present how a stanch conservative and a die-hard liberal can appropriately converse and agree to disagree.

“We have thus reached a point where conservatives are more interested in what Bill O’Reilly says about liberals than what their own liberal neighbors say about themselves,” write Neisser and Hess. “Likewise, many liberals ‘know’ about conservatives from reading updates on Huffington Post as opposed to getting to know actual conservative acquaintances.”

Rather than seeking to truly understand each other, we look for shortcuts from partisan media, make assumptions based on stereotypes and all too often take as fact what the pundits pontificate about. This leads to further misunderstanding and deeper resentment.

Authors Neisser and Hess explore the notion that despite political differences of people on the left and the right, many share a deep desire to work for the greater good of society. In a divided congress, it is essential that our politicians are able to do this.

It is also necessary for the rest of us to stop thinking in terms of competition between the blue and red teams, and start working together to build bridges of understanding. This understanding should demand that our elected officials no longer persist in simply holding firm to their positions, but instead find ways to compromise for the benefit of all.

Divisiveness cripples our politics, but also the rest of our lives. Only through working together in spite of conflict can we get to a shared place of understanding and growth. This requires being open and trying to really appreciate the other’s perspective. It requires having respect and taking responsibility for maintaining a positive relationship.

These traits of being open, listening for understanding, and working hard to fully appreciate the other’s perspective are vital to all our relationships. At work, assumptions you make about your colleagues will continue to keep you divided and conflicted. If instead you try to find common ground and see others for who they really are, you will be rewarded with a more congenial workplace where things are getting done.