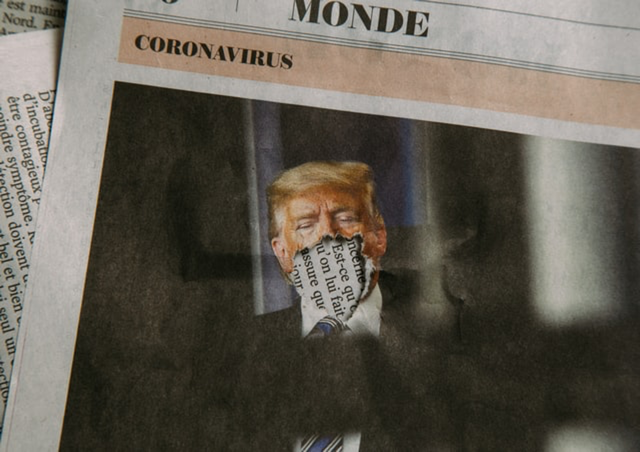 We are living at a time with a devastating pandemic in the form the COVID-19 virus, and leaders have the opportunity to rise to the occasion and take the necessary steps to protect people and the economy. Or they can shun that responsibility, blame others and ineffectively address the problem. President Donald Trump is doing the latter and it’s dangerous for all of us.

“I don’t take responsibility at all.” This was the response Trump provided when asked at a recent press conference with regard to the lack of widespread testing being available. He had spent the previous two weeks downplaying the virus, even calling it a hoax. Then he blamed the previous administration for its response to the 2009 H1N1 pandemic, even though the death rate of .02 percent was far lower than even the lowest fatality rate for the coronavirus up to this point.

He also denied that he played a role in dissolving the National Security Council Directorate for Global Health Security and Biodefense in 2018, and repeatedly pointed to others, including those at the Center for Disease Control and Prevention as responsible.

This lack of responsibility, of course, is nothing new in this President. What’s new is that this is his first major crisis impacting all Americans, and he is failing in dramatic fashion. The number of Americans who will die from this disease is unknown, but certainly will rise considerably in the coming weeks. The lasting effects on our economy will be felt for months if not years.

In Jim Collins’ book Good to Great, he wrote that great leaders look out the window to give credit to others when things go well. They rarely seek to take credit themselves and instead go out of their way to recognize others who contributed to the results. And when mistakes happen, the best leaders point towards the mirror and take responsibility.

As we all know by now, President Trump spends far too much time looking into mirrors admiring what he wants to see and seeking only further recognition from those he surrounds himself with. He is constantly blaming others (Hillary Clinton, Barack Obama, Nancy Pelosi, Democrats, the deep state and, of course, fake news) for anything that appears wrong. When he looks out the window, he is only looking for confirmation of him being responsible for all that is going well and others for things not going well. This window is typically in the form of Fox News, which is telling him not only what he wants to hear but often directing him on what to do.

We are living in perilous times. We have a national emergency on our hands and an inept leader to help us navigate it safely.

According to the World Economic Forum, in a 2018 report on countries who were most prepared for an epidemic or pandemic, the United States was considered number one. The report stated health security is a collective responsibility. In the same way the US can’t go it alone on climate change, we cannot be effective on our own protecting people from dangerous viruses.

If we are to respond adequately to the many challenges of the 21st century, they cannot be resolved by individual countries acting separately. We need leadership that understands that only when we work together can we address worldwide challenges. And we need a president who has the character that demonstrates they can take responsibility when things go wrong on his or her watch.